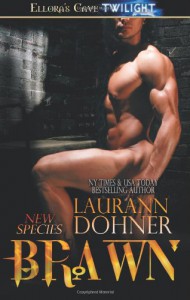 And...we're back to meh... No, actually we're reduced to staring at the ceiling and wondering why.

So the H - introduced somewhere in Justice's book (and why was the leader given a book so damned early in the series? That's not how you keep people motivated to follow a series.) volunteered to work on the task force. Yay. Ummmm...why was he moved off the base? And he's moved into the daughter of the task force's leader's house....without asking her first. Now... I must note that it seems like every human male in the series has the same name - Tim, or was it Ted this time. Not sure, but there haven't been many named and there's a distinct lack of variety here. For a task force leader who gives the impression of being paranoid and domineering, he sure doesn't live like it. I mean; you'd think the house would be so secure a mouse would have a hard time sneaking in. People break in, kidnap the H and the daughter, AKA the h, and they find themselves in a hidden lab. Because of course they did.

The h is inconsistent - she's arguing with her dad in the beginning, and you get this mental image of a strong woman. But then she's terrified at the break-in, freaking misses even though the bad guy was 3' in front of her, never uses the martial arts she's supposedly trained in. Later, she decides they aren't going to be rescued because oh nos; it's been 24 hours since they were grabbed, and concocts this elaborate plan that he can stop trying to protect her and use her as a weapon by tossing her at the guards. After they are rescued, because they were tracked to the general vicinity by virtue of the tracker, but had to be sniffed out to find the exact location (apparently neither one thought about the possibility that the kidnappers didn't have a sign out front "bad guys here!!"), she allows her dad to keep her home before deciding she "needs a vacation" and leaves...because she's just realized she's now knocked up. I suppose the spinelessness after that point could be attributed to hormones but you know, when you're presented with the reality that the H has a date the night he's just found out he's gonna be a dad, the reaction should be a hard kick to the shins *right then*, followed by a scene.

The H though...has a severe case of hoof-in-mouth disease. He keeps blundering by fretting that he almost lost control, which wouldn't be so bad if he hadn't informed the h right off the bat that humans were too fragile for his tastes. That, coupled with the would-be date reminding him when he needed to pick her up, gave the h a heck of an inferiority complex...or perhaps made a preexisting inferiority complex worse (she'd been married before, to a guy who was after her grandpa's money, and made her feel inadequate).

Other things - the manipulations of others... First there was the shrink (and do Drs refer to shrinks as such...ever?)being manipulated (off page apparently, and only hours after the rescue...really?!) into saying he needs to stay away from her, then there was Trisha (who I found myself wanting to punch in the face) who gave her the morning after pills without telling her what they were. Later - after they figure out she's preggers, there's the manipulations to get her and the H together.

And lastly, there's the conversation with Breeze - the would-be date - where it's revealed that he'd been obsessed with getting the h knocked up so he could keep her, and the two of them had discussions about this. If she knew he was obsessed with a human female (which would indicate imprinting and mating), why would she ever press him for a date? Something not right with that.