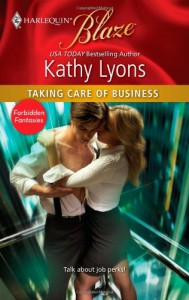 It was cute, and funny...and maybe I know people in Chicago and/or in the advertising field, which just throws my ability to suspend disbelief out the door.

The friends of mine in the advertising/graphic arts field are self-employed NOW, and not by choice. They also work out of their homes. And why shouldn't they? You don't need an office for one or two people to do advertising. That's unnecessary overhead. Also, they get work mostly by word of mouth and people they worked for while they worked for someone else. To put a fine point to it, they already had a portfolio of sorts before they ever tried to make a go of it. And they still struggle.

So our h decided she was gonna make it big in the big city (why she picked Chicago, I dunno) and got a friend to go in with her after she graduated. They have an office, and they're hanging by a thread. I get the feeling they don't want to fool with the little jobs; just go for the big ones. Well you know what? The little guys pay bills too.

I had very little sympathy for her with regards to her finances. Arrogance got her in that position.

The H...is an alpha male and also a 2/3 blind, reclusive, and almost agoraphobic geek. He's interesting. He's also turned off by women after his money, which is why he initially pretends to be a maintenance guy. He's hoisted by his own petard when he falls for her and she keeps talking over his every attempt to come clean. She does eventually connect the dots but I was beginning to wonder about her intelligence there.