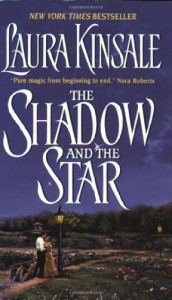 Technically, this one was written first as the author's notes in The Hidden Heart refer to it as a prequel. Fortunately, nobody was outright TSTL in this one.

Our h - Leda - is possessing of some of the worse luck. First off, the H decides that her open window is too irresistible to pass up as a hiding place while he's being a thief. Then her employer selects a uniform that is more than she can afford, and when she tells her as much, makes an arrangement for her to be someone's mistress. The H and a group of women show up around this time. The h quits, and stops at the local police station (?) where some young woman gives birth. The H of course, continues invading her room, eventually getting caught by virtue of her cleaning. He gets caught by her landlady who makes assumptions, leading to HER making arrangements for the h to "entertain' some dude. The h ends up in the H's employ just as he leaves for Hawaii. He has designs on his foster parents' daughter, btw, which is just weird because she thinks of him as being like a brother I think. Shortly after he gets back, a woman shows up with the aforementioned baby. Assumptions are made everywhere.

Both persons are clueless as to the whole insert tab A into slot B process. Really clueless. She has no idea what he means. He has no idea that he's just assaulted a virgin.

Stuff happens. More stuff happens. He shows signs of obtuseness. So does she. Eventually the two clueless people figure it out.

Truthfully, if there weren't so many face-palming moments, it would have gotten a 4.